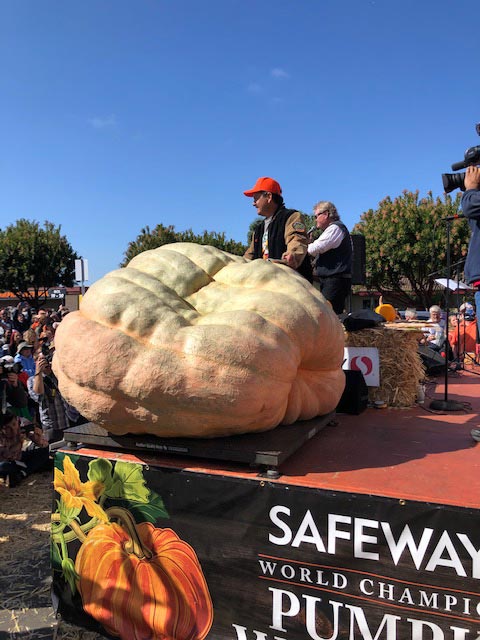 Leonardo Urena from Napa, California, took top honors at the 46th Annual Safeway World Championship Pumpkin Weigh-Off with his 2,175-pound giant. The grand champion mega-gourd, along with the top four pumpkins from the weigh-off, were on display at the 49th annual Half Moon Bay Art & Pumpkin Festival.

It was a momentous reckoning day in the World Pumpkin Capital of Half Moon Bay, California.

Heavyweight Championship of Gargantuan Gourds
October 12, 2020 7am to 2pm
Half Moon Bay, CA