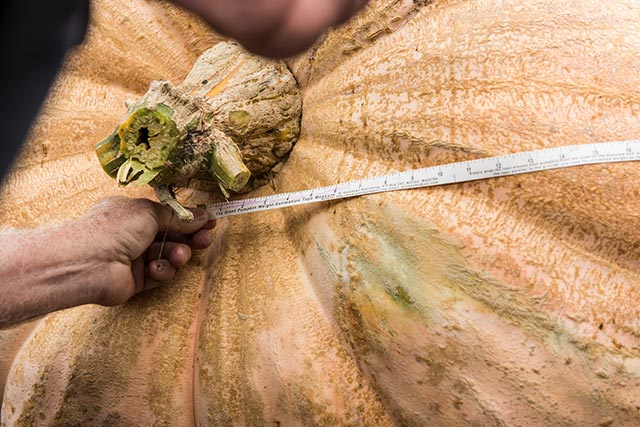 Growers are responsible for bringing their entries to the weigh-off by 7:00 a.m. Weigh-off staff will move pumpkins by forklift. ALL entries will be handled with care. Get Directions

The weighing and inspection will be officiated by the GPC and San Mateo County Department of Agriculture Office of Weights and Measures. The official weighing will be conducted using a 5-ton capacity digital scale.

This event is open to growers of giant competition-sized pumpkins only. Growers are required to pre-register. Registration will be available online here closer to the event.