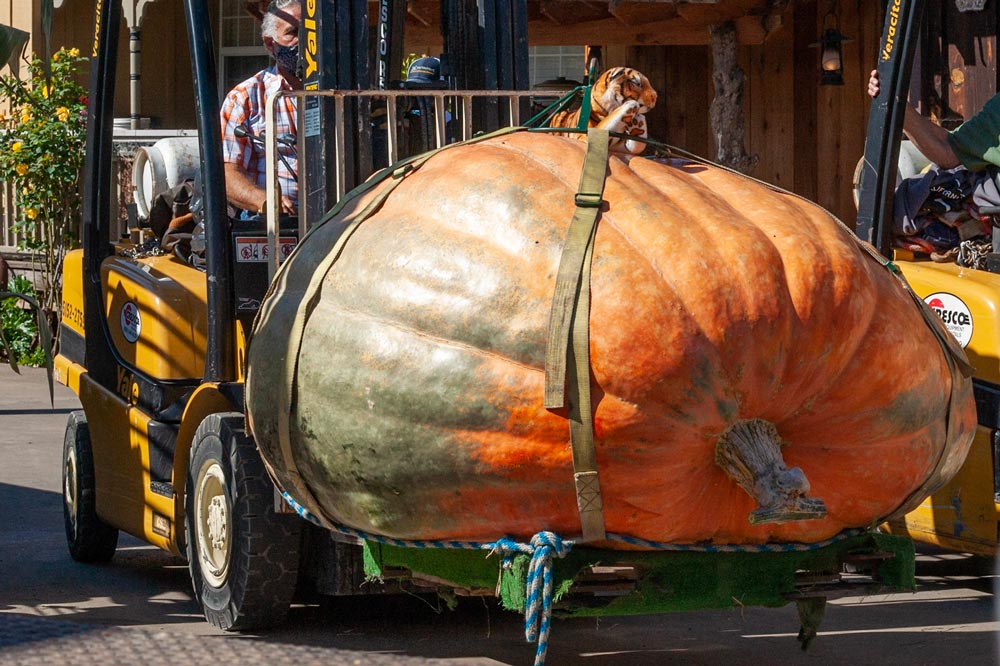 Giant pumpkin being transported by forklift to the official scale for weighing (above) and 2020 Weigh-Off winner Travis Gienger of Anoka MN on stage with his 2,350lb gargantuan gourd (below) 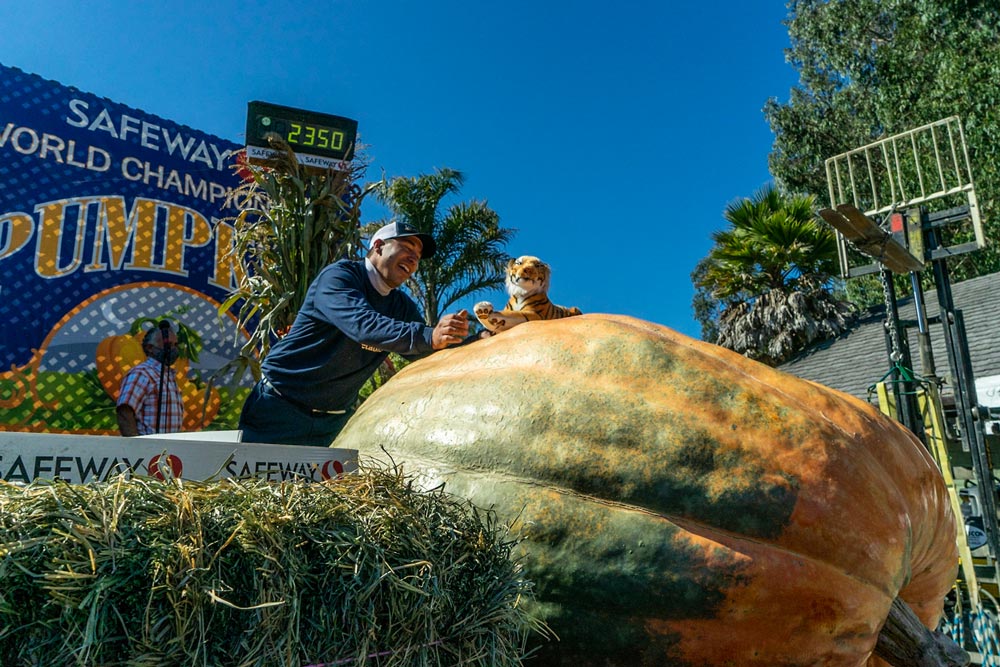 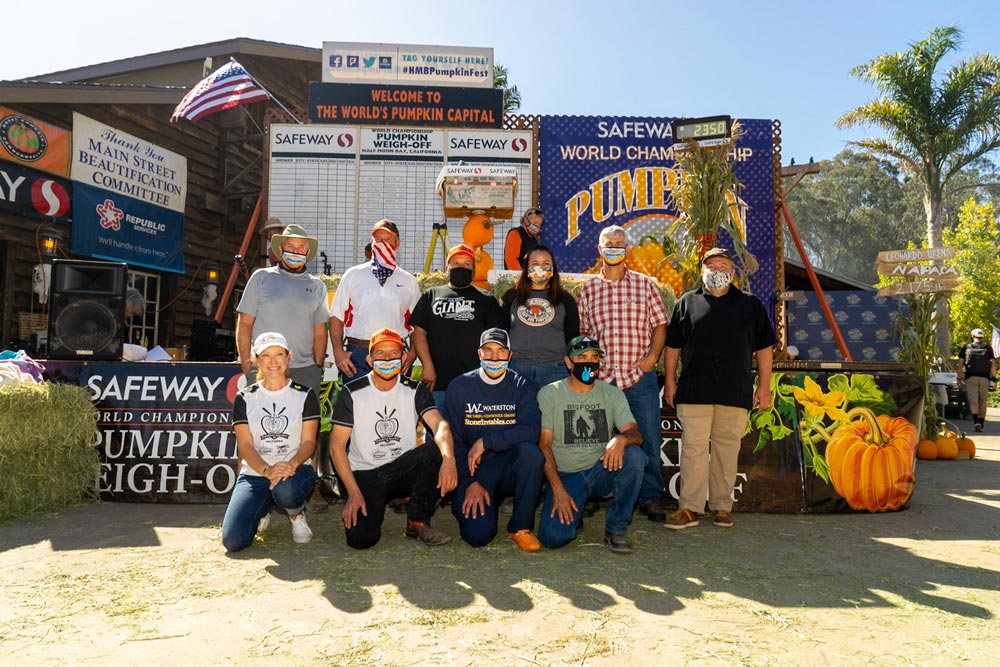 Half Moon Bay serves as an officially sanctioned Great Pumpkin Commonwealth (GPC) site. The GPC is the major sanctioning body overseeing Giant Pumpkin growing competitions with more than 70 weigh-off locations throughout the world. “Our relationship with the GPC gives pumpkin growers added incentive to bring their biggest to Half Moon Bay and puts us in the mix for a potential world record,” said Cameron Palmer of the Half Moon Bay pumpkin weigh-off. “Giant pumpkin growers bring extraordinary dedication and enthusiasm to their craft and we’re delighted to support and be part of their organization,” said Palmer. 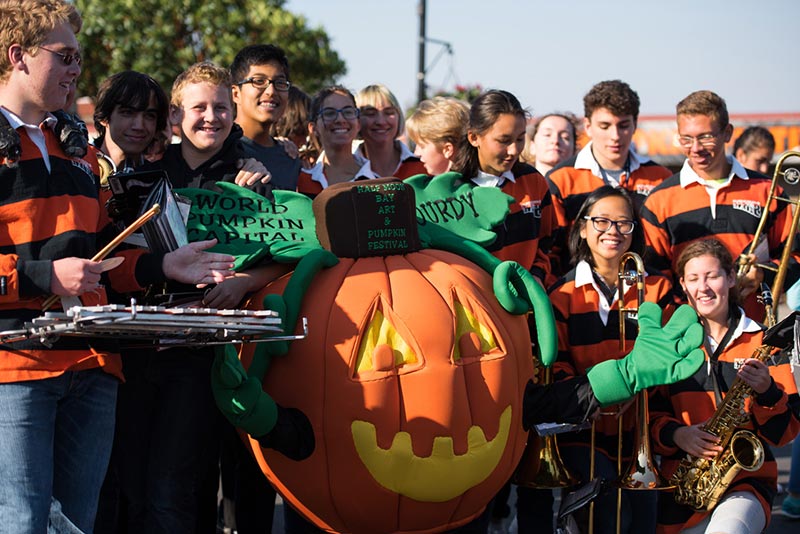 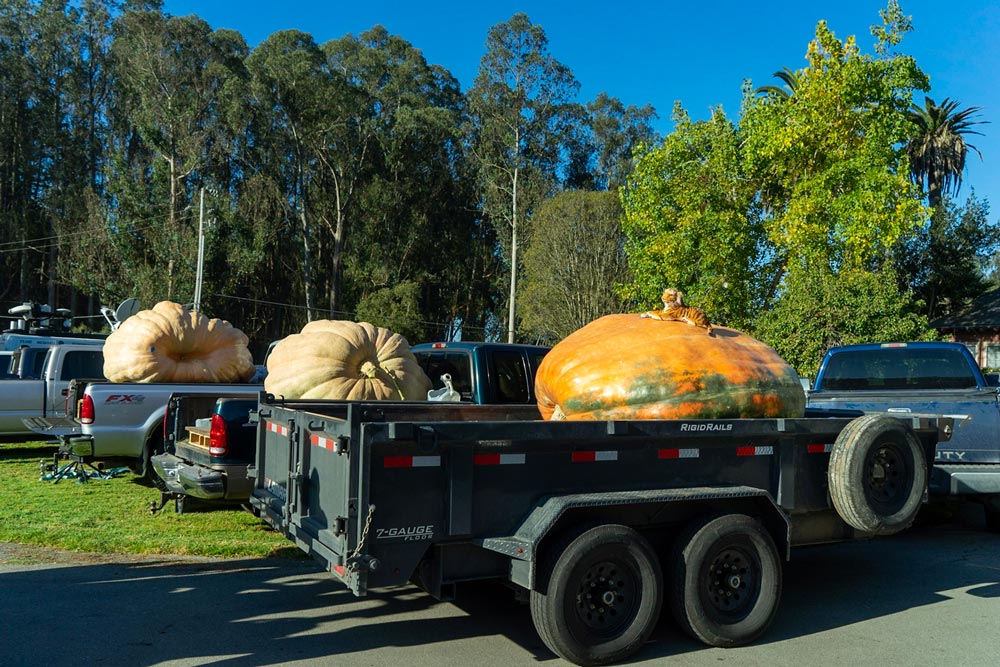