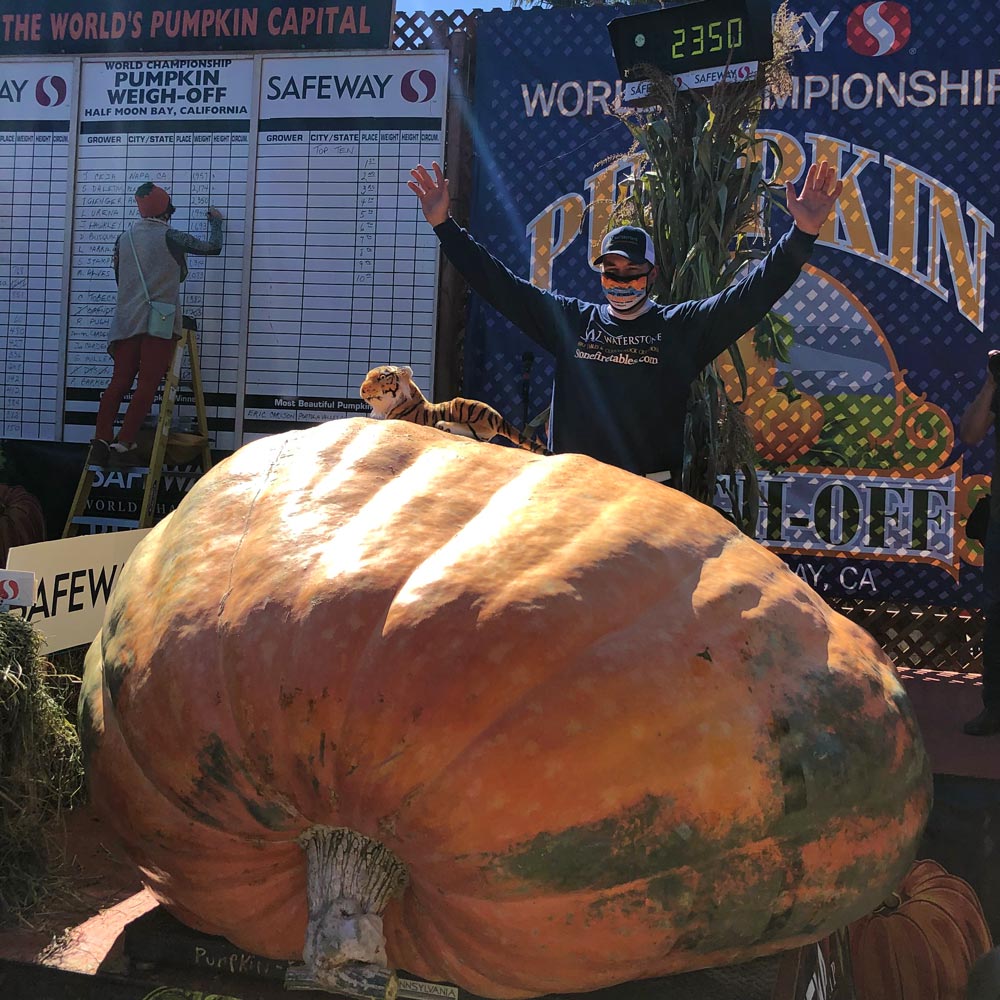 The world’s biggest top prize has been increased to $9/pound (from $7/pound) for the 2021 weigh-off champion plus there’s the standing $30k total prize package for a new world record so bring it on burly behemoths!

PLEASE NOTE: THIS VIDEO IS FROM THE 2020 EVENT.

The Half Moon Bay Beautification Committee salutes Safeway for its commitment to the community. Safeway has been the Pumpkin Weigh-Off title sponsor since 1990 and has been an instrumental partner in the Weigh-Off's tremendous success.

Half Moon Bay is an Official Great Pumpkin Commonwealth Site