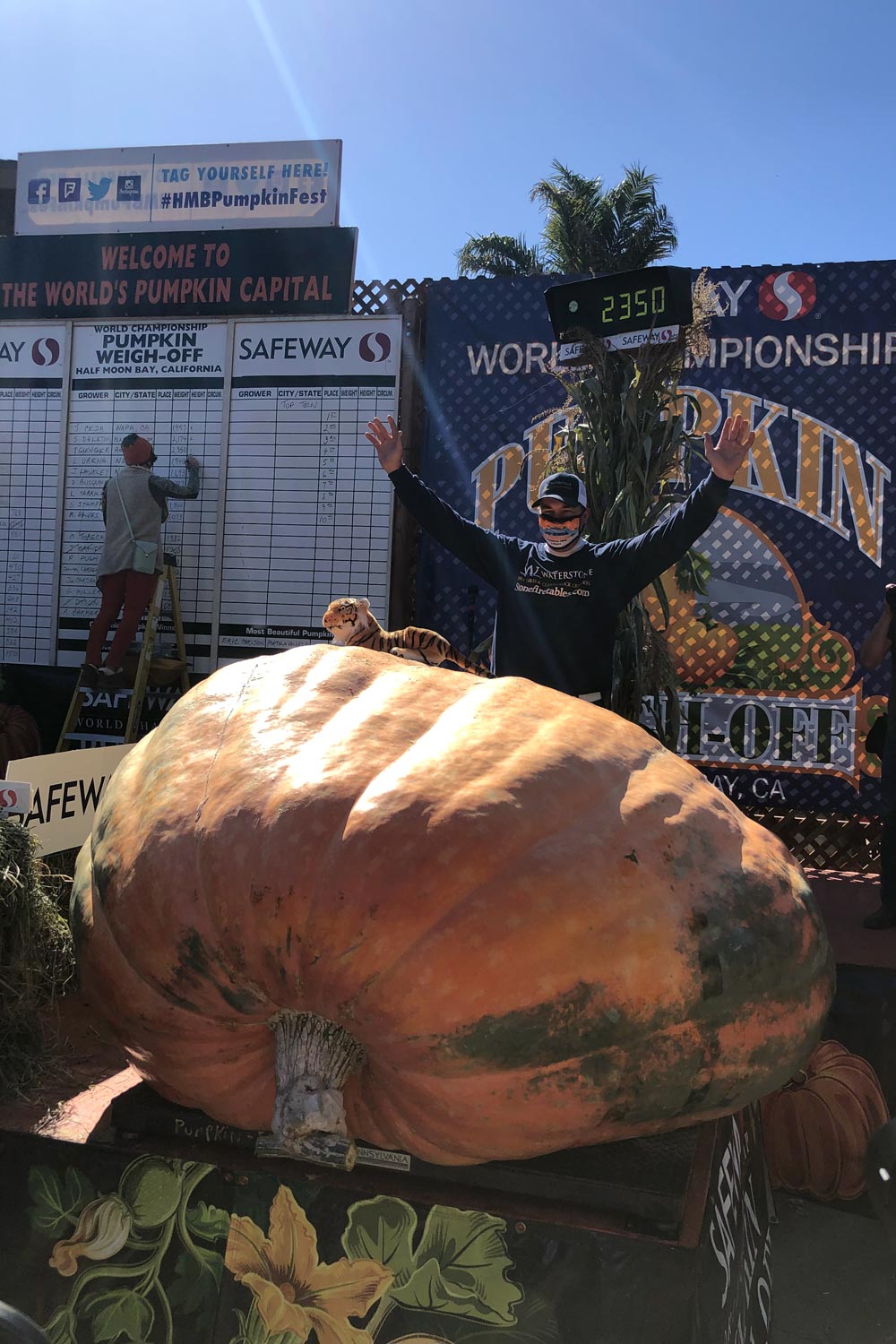 The world’s biggest top prize has been increased to $9/pound (from $7/pound) for the 2021 weigh-off champion plus there’s the standing $30k total prize package for a new world record so bring it on burly behemoths!

One of the only California events held in 2020, Half Moon Bay’s 48th Safeway World Championship Pumpkin Weigh-Off will be held Monday, October 11, 7am to 11am.

The weigh-off location has not been determined at this time due to lingering pandemic uncertainties.

Organizers hope to bring the weigh-off back to the established IDES Grounds location on Main Street this year but in the end the event site will be dictated by mandated guidelines and the hopeful easing of restrictions in the months ahead.

Last year’s weigh-off site, Long Branch Farms, will be the alternate location if a private, limited capacity location is required.

As competitive growers are in the springtime tradition of preparing soil, planting seed and tending to patches, weigh-off officials want growers and the public to have a clear understanding of their intentions and plans going forward.

WORLD RECORD PRIZE:
The Safeway World Championship Pumpkin Weigh-Off is offering $30,000 in total prize money for a new world record set at the prestigious Half Moon Bay event. To receive the $30,000 mega-prize, the grower must break and hold the world record at the conclusion of the Half Moon Bay weigh-off. If two or more growers happen to break the world record at Half Moon Bay, the prize money would go to the grower of the heaviest pumpkin. The current world record is 2,624.6-pounds set in 2016 at a weigh-off in Germany. Here's how the $30,000 breaks down: the winner receives a world’s biggest $9 per pound plus plus the difference to get to a total of $30,000.