World’s Biggest Top Prize of $9/Pound
Plus $30k Total Mega-Prize at Stake for a New World Record Pumpkin
Will the World Record be Squashed at the Super Bowl of Weigh-Offs this Year?

Bring it on beefy, burly behemoths! The excitement is building in Pumpkintown as the World’s Greatest Gourd Growers and their mind-blowing, Volkswagen-sized orange orbs hope to squash the world record on Monday, October 11 at the 48th Safeway World Championship Pumpkin Weigh-Off — the “Super Bowl of Weigh-Offs” — in the World Pumpkin Capital of Half Moon Bay, California. 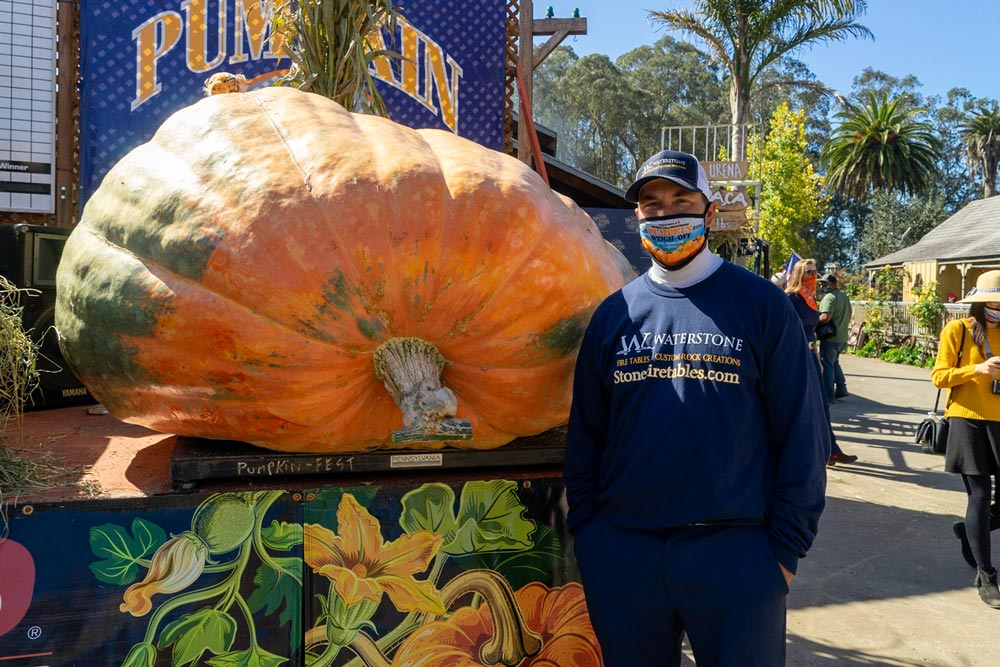 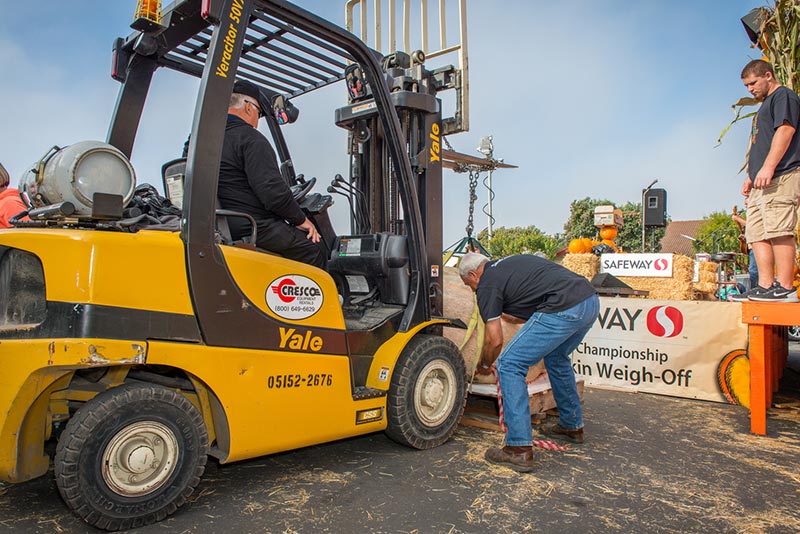 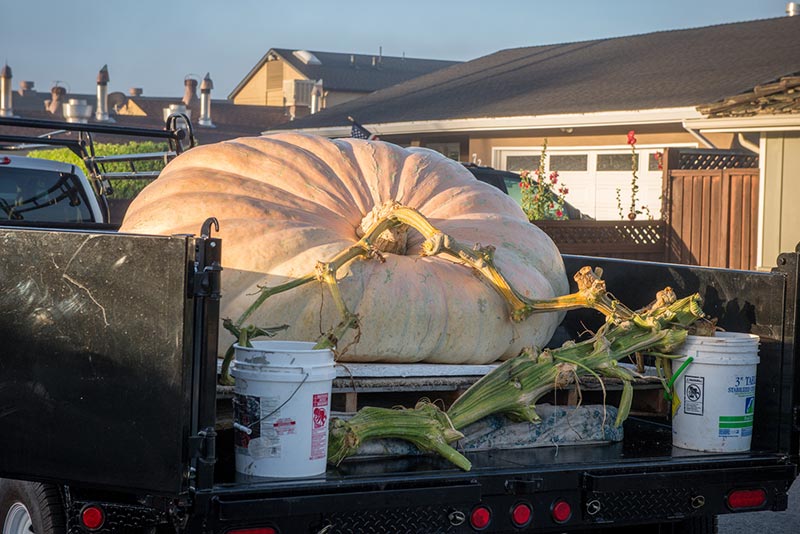 Weigh-off organizers and title sponsor Safeway are offering a world’s biggest top prize of $9 per pound. Also at stake are thousands of dollars in super hefty prize money doled out to the top 20 plus the big carrot: a $30,000 total mega-prize for a new world record pumpkin entered at Half Moon Bay — considered the “Super Bowl of Weigh-Offs”. The weighing of monster pumpkins will begin at 7am and end around 11am.

Travis Gienger's goliath 2,350-pound mega-gourd obliterated a formidable field of heavyweight contenders in winning the 2020 Safeway World Championship Pumpkin Weigh-Off. It was the heaviest pumpkin weighed in North America in 2020.

Beauty will share center stage with beefy brawn — a special $1,000 prize will be awarded to the “most beautiful pumpkin” as judged by our esteemed panel based on color, shape and size. Additional special prizes include: Biggest California Pumpkin — $1,000; Biggest Coastside Pumpkin — $1,000.

Using forklifts and special harnesses, the gargantuan gourds will be carefully placed on a 5-ton capacity, industrial-strength digital scale under the watchful eye of officials from the San Mateo County Agricultural Commissioner's Office of Weights, Sealers, and Measures. Half Moon Bay’s Weigh-Off will serve as an officially sanctioned Great Pumpkin Commonwealth (GPC) site.

Growers are responsible for bringing their entries to the Weigh-Off by 7:00 a.m. Weigh-Off staff will move pumpkins using brute strength manpower, special harnesses and forklifts. ALL entries will be handled with care.

The weighing and inspection will be officiated by the GPC and San Mateo County Department of Agriculture Office of Weights and Measures. The official weighing will be conducted using a 5-ton capacity digital scale.

Growers are required to pre-register online on through our Eventbrite page. This will help us manage and control the event, and provide an accurate count of entries. Your cooperation will help us run a well-organized event.

There will be an awards luncheon to honor all contestants immediately following the weigh-off.

The Safeway World Championship Pumpkin Weigh-Off is offering a special $30,000 mega-prize for the world record breaking pumpkin at the prestigious Half Moon Bay event. To receive the $30,000 mega-prize, the grower must break and hold the world record at the conclusion of the Half Moon Bay Weigh-Off. If two or more growers happen to break the world record at Half Moon Bay, the prize money would go to the grower of the heaviest pumpkin. The current world record pumpkin is 2,624 pounds set on October 9, 2016 by Mathias Willemijns of Belgium at the Giant Pumpkin European Championship in Ludwigsburg, Germany. Here's how the $30,000 breaks down: the winner receives $9 per pound plus a $10,000 bonus mega prize for a new world record plus the difference to get to $30,000.

For press and sponsorship inquiries and assistance, please contact Tim Beeman, CEO of Miramar Events, at 415-999-2428 (mobile) or This email address is being protected from spambots. You need JavaScript enabled to view it.